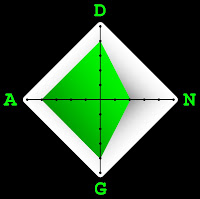 Call of Duty: Black Ops is the seventh installment in the Call of Duty series.  Set this time in the 1960’s, it shows that the only thing with more longevity than the Call of Duty franchise itself is American nostalgia for the Cold War. I’d say things have gotten pretty bad when game developers start to think, “You know what people might enjoy fighting again? The Vietnam War.”
Like the Call of Duty: Modern Warfare 2 single-player campaign, you play as a variety of characters, though most of the action centers around Studies and Observation Group (SOG) operator Alex Mason. During the campaign, you attempt to uncover a Russian plot to… ah, who are we kidding? Anyone who plays this game either (1) got it for the multiplayer, or (2) accidentally purchased it because they got it confused with a Splinter Cell game.

First off, if you read my previous post, then you should be up to speed on my attitudes towards first-person shooters, and can thus take my opinions with an appropriately sized grain of salt. That said, if you liked the design of Modern Warfare 2, then you’ll be pleasantly unsurprised to find that very little has changed.  The basics of the play control, mission structure, and menu systems are all (for better or worse) largely unchanged. One nice play control tweak is that crouching while running now makes you do a running dive into the prone position. The main refinements are starkly apparent in the multiplayer, where game-breaking mechanics like overpowered killstreak bonuses, spammable class changes, and the infamous “noob tube” (underbarrel grenade launcher) have all been skillfully re-balanced. The difference is so striking that going back and playing the old MW2 multiplayer feels rather like having your noob forcefully and uncomfortably tubed.
Incidentally, one hilarious change is that the MW2 callsign system has been revamped, with the pre-defined titles (e.g. “FNG”) replaced by a logo that you essentially get to design yourself out of stickers. While this new system and a bunch of 12-year-old girls would have gotten along quite nicely, the effect here is that custom callsigns now fall neatly into three categories: boobs, penises, and swastikas.
Unfortunately, having already acknowledged that this game is all about the multiplayer, I now have to take this opportunity to complain about the design of the campaign. More than once I found myself completely unaware of what I was supposed to do next, and in such cases the NPC dialog ranged from unhelpful to downright contradictory. My other issue was that checkpoints seemed to be pretty sporadic, which made some of the longer and tougher sections a bit frustrating. The worst example of this was when I reached a checkpoint before a long section while I was (1) reloading, (2) directly in front of an enemy, and (3) nearly dead. Consequently, every time I died in the subsequent section, respawning at this checkpoint required me to repeat immediately the same miraculous escape from death again and again.

The graphics for Black Ops are nothing short of amazing. During every conversation my character had with Frank Woods (one of the primary NPC’s), I found myself ignoring his dialogue to focus instead on the immaculate detail of his grizzled face and disheveled fatigues. At times my infatuation with his graphics became so intense that Frank probably wondered if we were having a “don’t ask, don’t tell” moment.

The environmental aesthetics are a bit less impressive, if only because they largely suffer from the same visual monotony that is characteristic of most combat settings. One standout exception is the bizarre and fascinating (though laughably small) “Nuketown”, a multiplayer map that is reminiscent of the nuclear test town in the opening of Indiana Jones and the Kingdom of the Crystal Skull… though of course without all of the suck.

The major criticism I’ve heard regarding the plot of Black Ops is that it’s a rip-off of The Manchurian Candidate. However, since I’ve never read this book or seen the 1962 movie or its 2004 remake, this particular bit of plagiarism isn’t a deal breaker for me. Fortunately, the game does a good job of tanking the story all on its own.
Many of Black Ops’ narrative issues are similar to those of MW2.  Both games jump about between characters and timelines so much, it’s difficult to tell what the hell is going on and why I should care.  In the case of the former, I do give the creators a bit of credit for trying to reign in story by using the interrogation as a framing device; however, I think it’s telling that even though I understood more of Black Ops’ plot than I did that of MW2, overall I was even less engaged. I was hoping to experience a few more of the serious “oh, f–k!” moments that I had in MW2 (like when General Shepherd “cleans house”), but I felt like all of the twists in the Black Ops plot just didn’t have the same oomph.
I don’t want to say the plot twists were “predictable”, because I didn’t necessarily predict them (quite possibly because I didn’t even care enough to try to). They just weren’t surprising. Just to put things in perspective (and without saying too much in the way of spoilers), the place where the thrilling dramatic climax should be is occupied instead by a sequence where you stumble slowly and blearily through a sort of waking dream, which is a lot like taking the part of sex where orgasm happens and replacing it with an eye exam.

As one might expect, the multiplayer gameplay benefits immensely from the numerous refinements that have been made. In addition, the new system by which weapons and class abilities are unlocked allows greater flexibility, so players old and new can quickly get to building a custom class that they’re comfortable with.  The result is a multiplayer experience that is an absolute joy in which to partake, even for an FPS-impaired individual such as myself.
However, as you may have guessed from everything else I’ve mentioned, the campaign gameplay is a bit less refined.  For example, most of the missions are so littered with weapons that ammunition is nearly limitless… which is ironic, because once you get into a vehicle, then the ammo becomes actually limitless. This means that most of the vehicle sections are basically a test of how well you can watch things blow up.  (Incidentally, I think I’m pretty good at it.)  I say “most” of the vehicle sections, because there’s also one where you get to control the spy camera on an SR-71 Blackbird. While not very exciting, this mission does function well as a sort of IQ test. Here’s how it works: play it once, and if you decide it was a worthwhile part of the game, then you failed.

If you expected Call of Duty: Black Ops to be a more polished version of Modern Warfare 2, then you should be more than satisfied with what you get. Due to the short and lackluster campaign, though, it’s not really a game for someone with no interest in multiplayer. Of course, there’s not much need to state this point again in the summary… after all, if you’re not the sort of person who thinks Xbox LIVE is an acceptable substitute for human contact, then you probably wouldn’t have read this far to begin with.