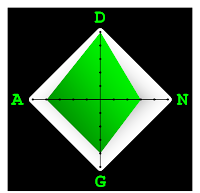 In the supper of video gaming, first-person shooters are the red meat: bloody, delicious, and unlikely to be dethroned as our dominant form of sustenance, no matter how many heart attacks they cause. Our latest helping of hamburger is Bulletstorm, an FPS from People Can Fly (makers of Painkiller) and Epic Games (of Gears of War fame). Following the adventures of Grayson Hunt—a former military assassin turned space pirate and part-time Christian Slater impersonator—Bulletstorm invites you the abandoned resort city of Elysium, where you get to carve a brutal, limb-strewn swath through waves of mutants as you “kill with skill”.

The essence of Bulletstorm is the “Skillshot” system. In short, particularly gruesome, creative, and/or humorous kills (such as impaling your enemies on a cactus or exploding them with a hot dog cart) get you points. New and better Skillshots net you more points, while previously performed or common ones yield diminished returns. Points are then exchanged for ammo and weapon upgrades, and the whole great circle of murder begins anew.

This simple concept is well executed, and there’s a lot to like about the resulting experience. Deft controls, hostile environments, and a sadistically bizarre selection of weapons all combine to let you deal death as spectacularly as possible. When you’re on a roll, it’s gratifying to watch the screen light up with Skillshot names and point totals; I think it harkens back to some pinball-loving part of our evolutionary ancestry.

Of course, there are still a few design quirks. One of your most common actions is the “slide”, and it’s more than a bit ridiculous. Two taps of the “A” button send you rocketing across any surface like you’re on a Slip-n-Slide—unless you’re on mud or a downhill slope, in which case it’s like a Slip-n-Slide covered in Italian dressing. Also, without an in-game map or a waypoint marker, it’s not always clear where to go, meaning that sometimes you have to just hope an NPC will eventually wander towards the appropriate exit. However, these are fairly minor gripes about an otherwise well-constructed game.

In game design, it’s always tough to give your particular post-apocalyptic dystopia a style that sets it apart from the others. Bulletstorm tries admirably for a fresh look, abandoning now-clichés like retro industrial (à la Fallout) or the Mad-Max junkyard (à la Borderlands) for the vibrant setting of a crumbling tropical resort.  Not only do the vistas of palm trees, waterfalls, and towering luxury hotels make for a stunning view, but the sheer decadence of the setting makes the wanton destruction you get to wreak upon it all the more satisfying.

Unfortunately, while Bulletstorm has mastered landscapes and still-lifes, it falls severely short on portraits. Whatever bullet receptacle I was currently aiming at never seemed particularly interesting, and could just have been pulled from any number of other games. And the best thing you can say about the NPC design is that you don’t have to see them too much outside of cut scenes, which is good news when your sidekick looks like RoboCop with a pork chop stapled to his right eye.

After years of watching personality-impaired protagonists like Gordon Freeman, Marcus Fenix, and the Master Chief kill people in silence, controlling a character that won’t shut up is an interesting change of pace. It’s hard to know what to make of Grayson Hunt, though. Sometimes he seems like little more that a drunken, bloodlust-driven Snake Plissken on steroids, while other times he seems to experience genuine remorse for his crimes. I can’t decide if as a character he’s (a) complex, (b) poorly written, or (c) just a moron. Perhaps it’s all three.

Overall, Bulletstorm has a more interesting plot and characters than most FPS’s, although that’s like saying someone has the least depraved “Casual Encounters” ad on Craigslist. However, I will give them credit for the fact that there are some genuinely funny moments in the game. I don’t think I’ve ever laughed out loud during any video game before, and Bulletstorm got me at least twice.

No matter what other complaints I might have, Bulletstorm is definitely fun. After years spent hyperventilating behind cover while enemies take pot shots at my fleshy bits, the opportunity to charge  fearlessly into hordes of exploding maniacs is a breath of fresh air.

Great! With that out of the way, here are those other complaints. First, the campaign is a bit short, and is padded with needless quick time events. Also, while there are one or two interesting boss fights, they are few and far between. Finally, the replay value is questionable. While the “Echoes” mode adds a bit of longevity by scoring you as you replay parts of the campaign, the multiplayer is painfully thin, with only one play mode. In other words, for a game with so much potential, the final product feels a little incomplete.

I found Bulletstorm to be a truly mixed bag. There are moments of brilliance, but also a lot of missed opportunities. That’s why when it comes down to it, I just can’t say that Bulletstorm is good.  Rather—like Schrödinger’s cat—it exists in some sort of unknown probabilistic state, simultaneously a mediocre game and a great game. Unfortunately for you physicists out there, that’s where the analogy breaks down… because even after many hours of observation, I’m still not sure which of the two it is.