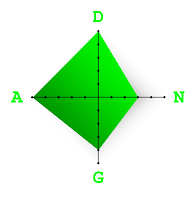 As I’ve mentioned, I’ve been a bit off the grid these past few months, picking through disarrayed bits of my post-graduate-school-life and trying to rebuild something resembling a normal, healthy human being. Of course, what better way to get with the times than by reviewing a game that’s more than three years old? This week I’ll be reviewing Grand Theft Auto IV, which is actually something like the eighth or ninth title in the franchise. (Apparently Rockstar Games has decided to take their sequel-counting conventions from Square Enix, makers of the upcoming title Final Fantasy XIII-2(a), Part 3, Paragraph 5.)

After making the genre of sandbox games their bitch with their breakout title Grand Theft Auto III on the PlayStation 2, Rockstar has consistently refused to mess with a good thing. Thus, the basic structure of GTA4 is identical to previous games. As protagonist Niko Bellic (a swarthy ex-military Serb with a receding hairline), first you complete a mission, then you run around in a giant city doing whatever the hell you want with little-to-no consequences until you get bored, and then you advance the story by doing another mission. In this game, your playground is once again Liberty City, although it has evolved from the generic metropolis of earlier GTA games into a full-blown parody of New York City, replete with the Rotterdam Tower (modeled after the Empire State Building) and the “Statue of Happiness”.
The thing that impressed me the most about this game is the same thing that blew me away the first time I saw GTA3, namely the sheer size and scope of the environment. Liberty City is absolutely massive, and you can zip around all four major islands without having to sit through a single loading screen. Furthermore, while you’re tearing around the city you’ll run into (and over) a surprising number of NPC’s, each exhibiting some fairly sophisticated artificial intelligence. (They still largely suck at driving, though.)
In fact, if I had to pick a design flaw in this game, I’d have to say it’s the total lack of mission checkpoints. A few of the missions are quite long and challenging, and nearly all of them start with a long drive accompanied by expository NPC dialogue. That means after the second or third time attempting a mission, you’re about ready to shove whatever chatty derelict is in your passenger seat right into oncoming traffic.

For a game that’s aged three years by the time I’ve written this, it still looks amazing. From its dark, gritty slums to its bright, vibrant tourist spots, Liberty City really does look and feel alive. To get the full effect, make sure you take a helicopter ride at some point.
Of course, you can’t spell Grand Theft Auto without “auto”, and this game features a nearly overwhelming selection of makes, models, colors, and styles, ripe for the taking and rendered in exquisite detail. Steal a car and smash it up, get it dirty and then take it to a car wash, get it fixed and then drive it off a pier… it all looks great.

Rockstar really tries to work a story into this game, and I respect that. Unfortunately, when it comes to the sandbox genre, a cohesive plot and player freedom are almost always at cross-purposes.

For example, no matter how dark and troubled Niko’s past, I can’t imagine how it could be bad enough to reasonably excuse his carefree attitude toward vehicular manslaughter (which constitutes the majority of how he spends his time, at least when I’m controlling him). Maybe the moral nuances of the plot would have been more compelling if I had engaged in less wanton, senseless violence in between missions… but honestly, asking me to show restraint while playing a GTA game would be like asking me to count calories at an all-you-can-eat bacon buffet. It’s just cruel.

On the surface, one would think I had fun playing this game… however, the truth is that after the first 10 hours or so, I honestly started to think, “You know, this isn’t as much fun as I thought it was.” (Believe me, I was as surprised as you are.) I can think of a few possible reasons for this phenomenon:

Regardless, there was something not quite right about this game for me, but I just couldn’t put my finger on it. (I suppose there’s nothing more pointless than a critic saying he doesn’t like something, but doesn’t know why.)

GTA4 may have made some amazing technical strides, for the most part it plays like any other modern Grand Theft Auto game. If you’re in the mood for engaging in another title from that fine pedigree, GTA4 should be more than worth your time.