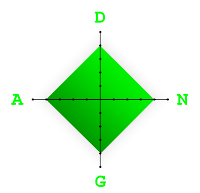 This week I’ll be reviewing Bastion, an action RPG developed by rookie indie developer Supergiant Games and released for the Xbox LIVE Marketplace (XBLM) and PC. Bastion follows the adventures of an unnamed protagonist (referred to as “the Kid”) as he tries to piece together remnants of a shattered world.

I’m really growing to like the “downloadable game” concept, particularly as it’s executed on XBLM. Downloadable titles allow small developers to take solid, innovative concepts and realize them on a limited scale, without having to compete with multi-million dollar blockbuster titles. Sometimes fifteen-dollars-worth is just the right amount of game.
In the case of Bastion, fifteen dollars buys you 5 to 10 hours worth of old-school action RPG gameplay. The basic structure is textbook: go to some location, kill a bunch of things, and eventually collect some magic stone or crystal or whatever. (I honestly don’t remember what your character collects; it could have been ceramic unicorns or virulent STDs. Frankly, it doesn’t matter.) However, there are a few things that attempt to set apart Bastion’s polished but heartfelt rehashing of this familiar formula… though not necessarily all of them succeed. Let’s discuss them, shall we?

The first thing one notices about Bastion is its look. The game takes place in a post-apocalyptic world (presumably because it’s more compelling than a pre-apocalyptic one), rendered in a hand-painted art style reminiscent of the sprite-based gaming days of yore. However, unlike most destroyed game worlds (e.g. Gears of War, Fallout), this one isn’t a pile of monochromatic rubble; instead it’s full of vibrant colors and lighting effects.
A main part of the game aesthetic is that as you make your way through this bizarre world, it magically reassembles itself around you. Paths rise up to meet your feet, while trees, rocks, and houses reconstitute themselves in response to your very presence. While the effect can be pleasing to the eye as it happens, I found that the finished product actually appeared over-wrought, almost too cluttered by the revived scenery.

Another potential selling point of Bastion is its innovative concept of “dynamic narration”. As you progress through the game, your adventures are recounted by a gravel-voiced raconteur reminiscent of Sam Elliott from the Big Lebowski. (In fact, part of me kept waiting for him to ask me for a Sarsaparilla.) In theory, this narrator responds to your in-game actions, telling your story as it unfolds.
If this concept had really been taken all the way, I think it would have been incredible, but unfortunately Bastion just touches the surface. The majority of the time, narration responds more to where you are in the game level than to what you’re actually doing at the time. Compare this to the handful of instances when narration responds to your immediate actions, and you’re left feeling like there were a lot of missed opportunities.

Beneath all of its accoutrements, Bastion boasts some fairly solid gameplay. The controls are fast and responsive, which combined with a variety of weapons and enemies keeps the combat from getting too tiresome. One welcome change would be if the game let you swap weapons anywhere (instead of only at “Forge” locations), because by the end of the game I had settled into using the Cael Hammer and Scrap Musket for pretty much everything.

All in all, Bastion is the video game equivalent of listening to a fun, fresh cover version of a classic song. If you’re looking to pass the time by running around killing sentient plants with interesting weapons Secret-of-Mana style, it’s certainly a reasonable place to start.