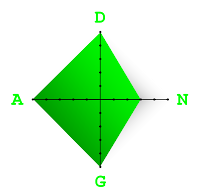 As a critic, I’ve found the most challenging reviews to write involve games to which I have a particular emotional attachment, and this is certainly the case for the Gears of War franchise. As long as I’ve had an Xbox 360, Gears of War has been a constant and dependable companion. Sure, every once in a while I’d run off and have a fling when a sexy new Call of Duty game came along… but once the thrill wore off, I’d realize all those new frags were meaningless, and soon I’d be stomping Locusts again like I never left.

Now Gears of War 3 is out, the final entry in Epic Games’ blockbuster trilogy. As excited as I’ve been about this moment, I’ve resolved to do my best to be objective. Given all that we’ve been through together, I’m sure my girl will be furious about being treated like any other release. All I have to say is that I’m sorry, babe… but this is business.

In any well-established franchise—especially those with a strong multiplayer component—each sequel is a delicate balance between innovation and tradition. Gears of War 3 finds this balance well, leaving the majority of the essential play-control elements unchanged, while making a few subtle yet important tweaks. Pick up a controller, and initially you may feel like you’re still playing Gears of War 2; however, you’ll quickly notice that things feel more refined and responsive. For example, the button mechanics for actions such as picking up weapons and reviving allies have been slightly adjusted, so now the next time one of your comrades takes an unhealthy number of bullets to the head, you’re much more likely to help him up as opposed to accidentally rummaging through the ammo crate upon which he happened to lie bleeding.
Of course, there’s the requisite bevy of new ordnance, including the Digger Launcher (which fires small, highly-explosive Locusts that burrow under cover), the One-Shot (a heavy instant-kill sniper rifle), and the Vulcan Cannon (a two-person chain gun setup, where one person shoots while the other feeds ammo using some sort of bizarre hand-crank device that looks like it also doubles as an ice cream maker).  These new additions are fun, and so far appear to be limited enough in power and availability as to not alter the core gameplay too substantially.
One of the biggest changes involves “Horde mode”, a staple of the Gears of War 2 experience. While you and four friends still get to fend off waves of attacking Locusts, you now have the opportunity to establish a dedicated base, complete with fortifications such as razor wire and turrets. Instead of points (and gore and self-satisfaction), killing Locusts yields rewards of cold hard cash (also, gore and self-satisfaction). After each wave, you can use your newly earned wad to repair and upgrade your sweet fort. Oh, one more thing—every 10th wave is now a “boss wave”, which in my experience usually meant that before his gruesome demise, my character spent his last few terrible seconds of life as a pair of Brumak slippers.

It’s hard to know where to stand with the visuals in Gears of War 3. From a technical standpoint, everything looks jaw-droppingly amazing, but I consider this to be more of an engineering accomplishment than an artistic one. However, in terms of pure aesthetics, I didn’t find most of the locations in the campaign to be all that compelling. One issue is that at this point, the world of Sera has been wrecked more times than I was during my freshman year of undergrad, and thus most areas have devolved into the same uniform collection of gray rubble. Although there are some occasional breaks from this monotony (such as the setting for the last act), for the most part I wasn’t particularly impressed by too many of the new locales.
The enemies, however, are a different story. There are a ridiculous number of new foes, and most of them look pretty bad-ass. Particularly impressive are the many new Locusts of the Lambent variety, which are so packed full of Imulsion that upon dying they explode in a spectacular display of glowing ooze, like some sort of toxic piñata.

In trying to trying to describe the plot and dialogue of Gears of War 3, I felt it necessary to strive for the same delicate blend of dramatic sensibility and elegant wordsmithing that surely went into the game itself. Here’s what I came up with: “It’s okay.” If you happen to care at all about the fate of Sera, then the campaign does offer a few answers and a bit of closure, but don’t expect to see any Marcus Fenix soliloquys showing up in the drama curriculum anytime soon.
In a lot of ways, Gears of War 3 feels like it’s just running down the checklist of action game clichés. Noble battlefield sacrifices? Check. Comic relief through gallows humor? Check. Newly-introduced NPCs dying quick and horrible deaths? Check. On the other hand, perhaps I should cut the writing a little slack. If you consider the characters, perhaps it’s actually spot-on. I mean, these guys are soldiers—and not the macabre “war is a terrible tragedy, but I’ll fight because I must” kind of soldier, but the kind who gleefully crush skulls under their boots while cracking jokes. I have to assume that they’re not too particularly thoughtful or self-reflective, because otherwise I’d start to worry that they were total sociopaths.

As I’ve already mentioned, Gears of War 3 sees adjustments to both the multiplayer and Horde modes, and the result is a noticeably improved gameplay experience. Add to this full four-player co-op in the campaign and a new albeit brief “Beast mode” (basically the reverse of Horde, wherein you play as the Locust), and you’ve got a total package that should keep anyone entertained for quite some time. In fact, while playing the game I got a very real sense that the developers tried to make a game that one could continue to enjoy for years, and so far it seems to me like they achieved that goal.

When it comes down to it, when evaluating any video game there’s really only one question that matters: “Is it fun?” After all, you can’t spell “video game” without “game”. (Or, I suppose, without “demo”, “evade”, or “amigo”, although none of those words are at all relevant to my current point.)
If you enjoyed playing any of the previous Gears of War games, then you can rest assured that this one improves upon them in nearly every way, including being more “fun”. Alternatively, if you haven’t played Gears before, but the prospect of exploding one of your friends into a pile of bloody chunks with a short-range shotgun blast (and then having a good laugh about it) appeals to you, then now is as good a time as any to jump on the bandwagon.