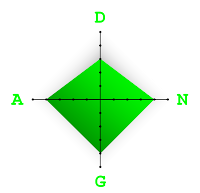 Deus Ex: Human Revolution is the third and latest entry in the Deus Ex franchise, a series of first-person action role-playing games set in a dystopian future full of sunglass-wearing cyborgs. For those of you new to the series, here’s a helpful little timeline:

2000. The original Deus Ex comes out, giving PC gamers and cyberpunk fans an innovative new gaming experience, which keeps them occupied while people with actual lives are off drinking Budweiser and dancing to Thong Song by Sisqó.

2011 (The Present). I play Deus Ex: Human Revolution for the Xbox 360, subsequently composing this scintillating review.

2027 (16 years in the future). The events of Human Revolution take place. Not only has the advent of cybernetic technology blurred the lines between man and machine, it also has somehow led to everyone keeping their important belongings (i.e. money, booze, and weapons) in unlocked drawers, sewer drains, and easily accessible man-sized air vents.

2052 (another 25 years after that). The events of the original Deus Ex take place. Everyone notices that in the past 25 years, the world’s graphics just don’t seem as good, and the selection of available cybernetic augmentations has somehow gotten markedly less awesome. However, Deus Ex fanboys argue that everything is better than whatever happened 25 years ago.

For the most part, Human Revolution tries to recapture the spirit of the original Deus Ex. The core philosophy of both games is that a truly immersive gaming experience should support a variety of play styles.

Let’s say it’s your goal to get inside a particular locked room. In Deus Ex, you can choose to tackle this challenge via any one of the following approaches:

The extent to which you will be successful in any one of these approaches depends on your character’s particular set of abilities. Using software upgrades called “Praxis Kits”, you can unlock different cybernetic abilities (or “augments”) that let you excel in different styles of game play. For example, one ability allows you to sneak around more quietly, while another lets you release pheromones that make you more persuasive. There’s also one that instantly vaporizes any nearby life form into a bloody mist by way of a lethal cloud of high-speed metal bearings. Although very cool, this one is somewhat less useful than the pheromones when Adam Jensen is on a date.

Considering how many ways you can approach nearly every aspect in the game, the developers did a decent job keeping the game balanced and relatively bug-free. I tried a few different character builds, and they all were fun and playable. I had heard that the boss fights were a little unforgiving toward non-combat play styles, but even when playing with a non-lethal stealth character, I didn’t find them to be out-of-step with the difficulty of the rest of the game.

I did have a few issues with the game design, however. First, the control scheme isn’t the best around, and routine things like readying/equipping weapons and using items were a lot more cumbersome than they need to be. This wasn’t too much of a problem for the pacifist ninja I played most of the game as, but I could see it being quite frustrating for a combat build. A much bigger issue was that the load times were frustratingly long. I don’t know if I’ve just been spoiled by the seamless loading strategies of other games, but by the end of Human Revolution, I was literally choosing my course of action based on what was the least likely to return me to that damned loading screen.

For the most part, there’s not much about the aesthetics of Human Revolution that will knock your socks off.  There’s only so many ways you can can rip off Blade Runner, and with light-up umbrellas off the table, options are somewhat limited.

However, the game does manage to put a few of its own small twists on a tired genre. While most of today’s companies would have us believe that our future will be full of smooth, elegant curves like one big iMac in an evening dress, the world of Human Revolution is decidedly angular. Triangles appear to be the most fashionable shape one can wear, and most of the buildings and vehicles could have been designed by Volvo. Even Jensen’s chin is aggressively pointed, like his goatee is coming to attack you. It’s a solid motif, and helps convince me that some genuine thought went into the art design of the game.

If you can suspend enough belief to get past its idiosyncrasies, the world of Human Revolution can be quite enthralling. Although Jensen has the charisma of Keanu Reeves pretending to be a paperweight, his story is set against the backdrop of an ideological clash between the corporations that want to further the goal of human augmentation and factions that wish to resist and/or eradicate it. Throughout the missions, I was exposed to a number of opinions on both sides of this massive societal struggle, and I found it to be an interesting and believable setting for the events of the game.

Honestly, the thing that kept pulling me out of the game is what I call the “douche factor”. Since Jensen is a cold, monotone, and fairly unlikable character, it seemed like the game designers tried to force me to empathize with him using a simple strategy: making everyone else in the game more unlikeable. Sure, Jensen may seem like kind of a hard-ass, but wait until you meet Frank Pritchard, the douchey IT guy at his company, or David Sarif, his douchey boss. Compared to these pricks, Jensen seems like a swell guy. In fact, pretty much everyone you’ll meet in this game is kind of a jerk, which might explain why so many people are trying to kill you.

If I had to sum up Human Revolution with one word, it would be choice. I’m not talking about the bullshit moral choices of games like Mass Effect, Fable, or inFamous, where you basically have to decide at the beginning of the game if you’re going to play as a bloodthirsty sociopath or a benevolent doormat, depending on which path gets you the coolest stuff. I’m talking about playing the game as though you’re a real person. Perhaps you’re the type of guy who tries not to kill people, unless it’s really convenient. On the other hand, maybe you like to put as many bullets in bodies as possible, but decide to talk your way past a guard just that once. In other words, instead of your character being a one-dimensional caricature of a moral being, Human Revolution (like its predecessor) allows you to approach each situation individually, weighing strategic concerns, moral issues, and your own personal preferences to determine your way through each challenge.

Unfortunately, if this whole choice thing doesn’t sound that interesting to you, then I have to tell you that a lot of the other gameplay elements are lacking. By combining elements of a shooter, a stealth action game, and a role-playing game, Human Revolution is jack-of-all-trades and master of none. If you’re looking to experience high quality gaming in any of these other genres, you’ll find better experiences elsewhere.

Without a doubt, the original Deus Ex was a landmark experience that brought something new to the world of gaming, and as its heir, Human Revolution goes a long way at recapturing the spirit of the original. While it has some quirks, and may annoy the hell out of you at times, Human Revolution is still worth checking out, especially for those of you who are new to the world of Deus Ex. Now, it’s time for me to go… I think my save game is almost done loading.