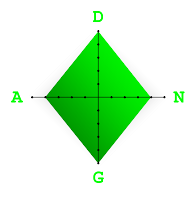 For anyone addicted to release-date gaming, this November has been a grueling month, each week stuffed to bursting with high-profile new games. It’s been the kind of hectic month that April is for certified public accountants, though probably with a lot more software patches.

This week, we’ll be running the numbers on Skyrim, the fifth and latest installment in Bethesda Softworks’ flagship role-playing franchise The Elder Scrolls. (Note that this is the last time I will use the word “scrolls”, because like Notch (the indie developer behind Minecraft—I don’t feel it particularly embodies the spirit of the series. Plus I’m afraid of getting sued.)

If you’ve never played Bethesda games (such as Morrowind, Oblivion, Fallout 3, or New Vegas) before, they’re best summed up by one word: MASSIVE. Starting a Bethesda game is like reliving your own birth: after a short tutorial in a safe, warm dungeon, you are expelled into an enormous and confusing world full of hostile beings, most of whom are trying to kill you. Like its predecessor Oblivion, the game world of Skyrim spans about 16 square miles to scale (approximately two-thirds the size of Manhattan) and has around 150 dungeons, nearly all of which are completely accessible from the moment you step out of your little instructional womb. While environments this expansive are impressive for any role-playing game, they come across as even more amazing when presented in this unfettered open-world style.

The down side of a game this enormous is that technical glitches are almost a certainty. Like past Bethesda games, Skyrim has its fair share of bugs, though in my experience they’ve been of stereotypical and fairly harmless varieties, such as occasional missing textures, erratic AI behavior, and one or two “outside the map” glitches. I found they had little impact on my gameplay—especially for a compulsive game-saver such as myself—and so far I’m inclined (as with other Bethesda games) to overlook them.

What really impresses me about the design of Skyrim are those few minor changes made from Oblivion that have had an enormous impact, such as improvements to the leveling system. In Oblivion, your character gained a level whenever he/she had sufficiently advanced specific favorite skills. However, the improvements to your statistics (e.g. strength or dexterity) depended on how much you had improved those and other skills. For example, let’s say you were a heavily armored, warhammer-wielding orc. If you wanted to make sure that by level 40 you were at least as dexterous as your average severe stroke victim, you couldn’t just work on increasing your “speed” attribute as part of normal gameplay. Instead, you had to go off and pick 100 locks or spend 15 minutes swimming in circles whenever you were about to advance to your next level. In Skyrim, on the other hand, most of your attributes are derived from your skills. If you start off as a mage but decide later to dabble in a little swordsmanship, it won’t take much practice before your spindly, atrophied arms are swinging that broadsword like a pro. It’s a subtle difference that has a huge effect on the gameplay.

Aesthetically, the province of Skyrim is cold, blue-tinged, and harshly lit, like someone took a Jason Bourne movie on an arctic expedition. Hiking along icy rivers and up jagged mountains, I found the landscape to be dangerously beautiful—the kind of place that makes you want to let your guard down and enjoy the view, and then murders you with a savage pack of snow wolves. Just to give you an idea of how much of an impact these visuals had on me: whenever my character stepped out of the cold to sit by the fire of the nearest mead hall, in real life I actually felt warmer.

From a purely technical perspective, however, the graphics of Skyrim certainly aren’t groundbreaking. Look too closely, and you’ll find plenty of sub-standard elements, like lackluster textures or rocks that appear to be made with only a handful of polygons. It’s a bit of a problem, and one that’s exacerbated on the Xbox 360 by the texture loading issues with hard-drive installations (for which there will apparently be a patch). Nevertheless, what Skyrim lacks in brute force, it makes up for in finesse.

The question of narrative is a difficult one for a game like Skyrim. A “story” is basically a distillation of reality with respect to a particular point of view. How do you tell a single story when you’ve created an entire world? In other words, a concept as limiting as “plot” is almost too small for Skyrim.

Of course, there is an over-arching story line, which to be completely honest, I haven’t even finished yet (and it’s within the realm of possibility that I may not do so for the next 80 hours of gameplay). It seems reasonable enough, plodding along with some forgettable characters and mediocre voice acting. From what I have gleaned so far, it has something to do with dragons, which is really the only thing you need to know, because it means you get to have a blast killing some dragons.

For me, the meat of the game is really the ridiculous number of “side quests”, so much so that they should probably just be called “quests”. There’s an amazing number of things you can do, such as become a mercenary, join a secret brotherhood of assassins, go to college to be a mage, or fight in a rebellion against (or for) the Imperial army. From a narrative point of view, the only issue with all these choices is that a completionist like me will want to do them all, meaning that by the end of the game, your character ends up as some sort of ridiculous mercenary-assassin-wizard-rebel-type person, i.e. a schizophrenic.

In Skyrim, gameplay has three main aspects: exploration, character development, and questing. Much of the game follows a basic yet rewarding formula: wander around until you find a dungeon, slay its inhabitants while you gain a level or two, and then rifle through the resulting mountain of corpses and steal anything of value. If you’re the sort of person who thinks that “fun” is spending a few hours wandering around hunting enough animals for pelts and picking enough herbs to make yourself a nice little leather cuirass and matching health potion, then Skyrim is for you.

While Skyrim—like most Bethesda games—isn’t really about combat, there have been some definite improvements that make it much more palatable. The most notable is the ability to dual-wield. For instance, instead of a sword and a shield or a two-handed weapon, you could choose to fight with a sword and a fistful of fireballs, or by casting a different spell with each hand. When combined with the option to “favorite” certain items and spells in your inventory, the dual-wielding makes playing the game as a mage almost a reasonable option… almost.

If you’ve played and enjoyed Bethesda games before, then Skyrim shouldn’t disappoint. If you haven’t—but do fancy yourself an RPG fan—then Skyrim’s obvious improvements over past games make it an excellent place to start. Just be sure to bundle up, because it’s a bit nippy out there.