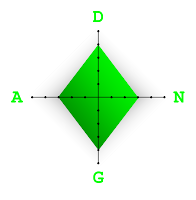 This week, we’ll be reviewing Saints Row: The Third. For those of you who have never played a Saints Row game before, let me describe the experience. Thrust into a crowded and hectic metropolis, you are immediately, overwhelmingly, and very deeply troubled by your surroundings… not only by the celebrations of violence, depravity, and avarice all around you, but also by the fact that these behaviors are encouraged, and even rewarded. Eventually, though, you begin to lower your inhibitions, and as you gradually chip off piece after piece of your previously virtuous soul, you begin to realize… my gods, this may be the most fun I’ve ever had. In other words, it’s a lot like vacationing in Las Vegas.

As was the case for its predecessors, Saints Row: The Third (SR3) could easily be written off by the uninformed as a pale imitation of a Grand Theft Auto game. True, it’s a mission-based sandbox game in an urban setting (the fictional metropolis of New York City Steelport), wherein most of the gameplay consists of stealing cars and killing people. The thing that sets Saints Row apart is that it does right nearly everything that GTA does wrong.

For example, let’s say you “borrow” a particularly awesome sports car from a passing motorist. In GTA, I might park that car at my apartment and never drive it, for fear that it might get destroyed and lost forever. In SR3, I’ll likely take that same car and pimp it out with sweet rims and a ridiculous paint job, after which I’ll jet around the city at 100 miles per hour as I gleefully mow down pedestrians, and then end my killing spree by Thelma and Louise-ing it over the nearest cliff. (Don’t worry, I have a parachute.) Then, magically, the destroyed carcass of my favorite death-mobile magically appears in my garage, and is quickly and easily repaired. It’s not very realistic, but it sure is fun.

However, before you sprint out the door with wallet in hand, I should note that pretty much every praiseworthy feature of SR3 was already present in the first two games. From a design point of view, there’s not much the game does different or better than its antecedents. In fact, in their zeal to re-capture and expand upon the devil-may-care sandboxy freedom of Saints Row 2, the designers of SR3 may have made it a little too consequence-free, to the point where the difficulty and pacing of the experience really suffers. When last I checked the definition of “gameplay balance”, it said nothing about acquiring an infinitely-respawning attack helicopter with unlimited ammo within the first hour of gameplay.

On the other hand, there are some nice touches. The menu and mission completion screens are pretty sharp, and the characters are rendered in a slightly cartoonish style that meshes well with the overall feel of the game. To be honest though, I’m not sure how much it matters, as Saints Row is really all about gameplay. I had a blast playing the first game more than five years after it came out, even though visually it looked like it came out ten years ago.

If the Saints Row: The Third experience is not really about aesthetics, then it is also not about narrative. What passes for a plot is basically a hodgepodge of quirky characters and bizarre situations, topped with enough sexual references to make Hugh Hefner blush. Granted, the quirky characters are really quirky, with the cast including such weirdos as a homocidal luchador, a tracheotomied pimp with an auto-tuned electrolarynx pimp cane, and Burt Reynolds.

However, the zaniness factor is so extreme that it runs contrary to a deeper, more spiritual underlying theme of the game: being a complete and total badass. I’ve always enjoyed the simplicity of purpose of the unnamed protagonist (known simply as “the Boss”) of the Saints Row games. He’s not some complex antihero with a troubled past and a heart of gold; rather, he’s a remorseless sociopath whose only motivations are money and power. It’s a Zen-like approach to mayhem that fits perfectly with the violent sandbox genre. Unfortunately, it takes a bit of a back seat this time around, such that by the time you’ve finished SR3, the Boss has spent so much time wearing ridiculous costumes and cracking wise that his essence of pure malevolence has gotten lost somewhere in the shuffle.

At its heart, Saints Row: The Third strives to be purely and unabashedly fun, and its commitment to this goal is evident in its gameplay. Even something as simple as driving around the city is immensely fun, as the game consistently apprises you of statistics like how much time you’ve spent driving in the wrong lane or when you’ve bested your longest stunt jump. Combat is even more fun, as the Boss can deal death using a variety of weapons, explosives, and melee attacks, in a fast-paced run-and-gun style that has been scientifically proven to be way more awesome than that pussy cover-based nonsense.

The fact that SR3 builds upon such a winning formula makes its few gameplay issues especially frustrating, like the aforementioned pacing issues. After a thrilling start, the game slows to a crawl with a seemingly interminable series of tutorial and mini-game introductory missions, and then races ahead at such a breakneck speed that by halfway through the game you’re essentially invincible, able to summon tanks with your cell phone and rain down aerial drone strikes like a demigod. Even after jacking the game up to the highest difficulty level, I more or less sleepwalked through the last third of the story missions.

When it isn’t preoccupied with trying too hard—or not hard enough—Saints Row: The Third shines with some entertaining missions and riotous gameplay, and so fans of the series will probably be satisfied. However, given how labored the sophomoric humor is at times, and the fact that little has been improved over previous games, newcomers may be better off just dropping $20 for the Saints Row / Saints Row 2 combo pack instead.

By the way, I wasn’t kidding about the parachute. The Boss never leaves home without one.