We’re well into 2012, and so far this year I’ve been largely silent on the Interwebs. The reasons for my little unannounced hiatus are (1) I’ve been working on a very time-consuming side project (which recently died a graceless, bureaucratic death), and (2) at some point a naked little person burst out of my wife like a tiny stripper jumping out of a cake made of uterus. Between these two things, I’ve barely had time to play my USDA-recommended 20+ hours of video games a week, much less take the time to write about it.

Those of you with children of your own know that the whole birthing and postpartum process involves spending a lot of time in hospitals and doctor’s offices. The father/husband gets stuck on the boring end of this deal; unlike my wife who was constantly occupied by interesting things like weeping, breast feeding, and trying to heal a body that was nearly ripped in twain, my job was basically to sit around and “be supportive”.

Originally, I was actually looking forward to a little waiting-room down time, provided I could find a way to somehow replace “being supportive” with video games. Back in October when I finally ditched my hated Android phone and got an iPhone 4S, I was optimistic about its possibilites for mobile entertainment, especially considering that I hadn’t owned a portable gaming system since the Game Gear.

However, there’s one small problem with the iPhone as a portable gaming system: it sucks. Without a joystick or buttons, touch-screen gaming on the iPhone feel less like “fun” and more like the kind of gross-motor-control tests you would give a recent severe stroke victim. Accordingly, iPhone titles have barely more depth than your mom’s favorite Facebook game; in fact, every time I play Angry Birds, I half expect to be told that in order to unlock the next level, I first need to help one of my friends with their virtual barn raising.

“But wait,” I can hear you Apple fanboys say, “the iPhone has all sorts of great options for the serious gamer! There’s even a port of Chrono Trigger, the best SNES role-playing game of all time!”

For anyone with this point of view, I propose the following experiment. First, dig your old SNES out of the attic, dust it off, and play the original version of Chrono Trigger. Then, try to play the iPhone port. If you manage to make it more than 15 minutes without trying to grind your thumbs off in an electric pencil sharpener just to end the frustration of using the “virtual joystick”, then you are likely some sort of deeply disturbed masochist who hates him/herself. (If you didn’t… well, let’s hope your new lack of thumbs doesn’t turn you into a deeply disturbed masochist who hates him/herself.)

My frustration with iPhone gaming got so bad that one of the days we were at the hospital—under the pretense of bringing my three-year-old son to the museum—I literally escaped from the postpartum wing, drove to Best Buy, and bought a Nintendo 3DS and the Legend of Zelda: Ocarina of Time. (I also had to shell out another 20 bucks to secure my son’s discretion regarding my illicit purchase, by way of a DVD of Kung Fu Panda 2.) Although it may have been an impulse buy, the contrasts between the iPhone and an actual portable gaming system were so glaringly apparent, I have had no regrets. (In fact, the next day, I went on Amazon and ordered the DS version of Chrono Trigger.)

The biggest thing that Nintendo does right is realizing that just because a platform is small doesn’t mean that the gameplay has to be. Rather than limiting the scope of content or your ability to interact with it, the DS keeps the gaming experience mobile and lightweight in other ways. For example, most games allow for both touch-screen/stylus and gamepad controls, and the system can be quickly suspended and resumed simply by closing or opening the device. It’s as though Nintendo is saying to me, “I know you’re busy, but you do have time to eat this big, delicious steak if you just cut it up and take small bites.” By contrast, the iPhone basically hands you handful of raw hamburger and tells you not to hurt yourself. 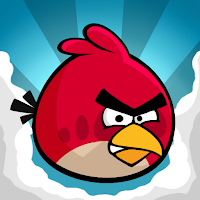 Mind you, I’m not saying the 3DS is perfect. In fact, nearly everything that’s good about it is a feature of the previous system, so there’s little value added. The biggest new feature is the glasses-free 3D, which—while pretty cool for the first five minutes or so—is guaranteed to cause cluster headaches in anyone not willing to surgically sever the hemispheres of their own brain. (I’m hoping it’s this effect that explains Nintendo’s ailing market performance.)

I’m also not saying that I hate the idea of video gaming on the iPhone altogether. I realize that many, many more people own an iPhone than will ever own a Nintendo DS or a PlayStation Vita, and it’s a good thing that we’re getting all these people to play more games. Hell, I’ll even admit that some of these games—limited as they are—can be quite good, and are often elegant in their simplicity.

I just wish that developers and publishers would take the success of the iPhone as a platform and use it as an opportunity to elevate the depth and quality of mobile games. I’d love for someone to design a great RPG—say, something of Dragon Quest quality—specifically for the iPhone. You know, something that makes Chaos Rings look like the steaming pile of monkey excrement it really is, and preferably takes longer to beat than the 20 minutes demanded by Infinity Blade.

Until that happens, though, it looks like I’ll just have to bring two handheld devices with me everywhere I go. (*sigh*) If this keeps up, I may need to get one of these for my bathroom.