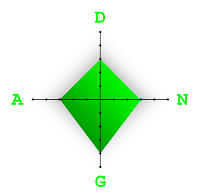 As I write this, I’m 32,000 feet in the air over the Pacific, 7 hours in to a 14-hour flight from Washington D.C. to Tokyo. I’m bored, hungry, and my eyes have desiccated to the point where my contact lenses would be more comfortable if I replaced them with Wheat Thins. Also, there’s some sort of Japanese youth sitting next to me who keeps falling asleep on my shoulder. I can’t think of a better time or place to write down some thoughts about my latest Japanese RPG experience, Final Fantasy XIII-2.

One of the first things you’ll notice about FFXIII-2 is that while its predecessor spanned three discs, it manages to fit onto only one. The perceptive gamer might identify this difference as a sign that FFXIII-2 contains a fair amount of recycled material, and in fact they would be spot-on. Final Fantasy XIII-2 begins with a beautifully rendered and fantastically directed extended cut scene, but this keen bit of cinematography starts to lose its impact when clips of it begin to reappear again and again later in the game. Moreover, the double-dipping doesn’t stop with cinema scenes; a major mechanic of the game is time travel, meaning that you’ll revisit the same handful of locations multiple times throughout your journey.

Of course, repetition is not necessarily a bad thing. Perhaps the biggest complaint about Final Fantasy XIII was that it was painfully linear, and Final Fantasy XIII-2 goes to great lengths to break from this mold. During most of the game you can navigate freely through time and space via the Historia Crux (a glorified menu screen), and there’s a passable number of secrets to be found by revisiting previous locations.

Unfortunately, I’m of the mind that most of the point of freedom in an RPG is side questing, and in this respect FFXIII-2 falls pretty short. Most of the available extracurricular activities are of the basic monster-hunting and fetch-quest varieties, and since the game doesn’t have much in the way of loot, the primary rewards are “fragments”, FFXIII-2’s version of the requisite useless collectible. The end result is that only the most rabid of completionists would be compelled to finish most of these additional challenges.

As a direct sequel, Final Fantasy XIII-2 continues the aesthetic of its predecessor fairly closely and with few innovations. Perhaps the largest stylistic deviations are Noel and Caius Ballad (the game’s primary antagonist), both of whom have sort of gypsy-slash-Native-American thing going. I suppose their look is meant to conjure imagery of a dying world dominated by a nomadic and tribal culture, but instead I kept pretending Caius was the teary-eyed Native American from the Keep America Beautiful commercial, and that he had finally lost his shit and decided to end all of existence.

Although the visuals are largely harmless, the audio most certainly is not. Through much of the game your ears will be assaulted by Japanese pop/rock featuring frantic beats and over-the-top synthesized solos. Most of the time this soundtrack runs counter to the look and feel of the game at the time, to the point where you’ll wish there was an independent volume slider for the music in the options menu. (There isn’t one.)

As far as I can tell, Final Fantasy XIII-2 is about a girl whose fiancee (Snow Villiers) leaves on a selfless quest to find the truth about her missing sister; then while he’s gone, she runs off with a mysterious visitor from the future to partake in an adulterous sexcapade through time and space. Of course, this sordid little drama is set against the backdrop of a much larger and far more hackneyed plot (saving the world from a villain who wants to end existence for bizarre personal reasons), but I think Serah’s love life is the more interesting story here.

Actually, I’m not compelled to complain too much about the plot, because it honestly makes no more or less sense than most other J-RPGs. What I do feel the need to complain about is Mog, Serah’s cloying moogle sidekick. When it comes to moogles in Final Fantasy games, I can tolerate a few twirls of the pom-pom and the odd interjection of “kupo!”, but Mog elevates cuteness to the level of a war crime. After 40 hours of listening to that fat little sack of pixie dust spout useless information in his annoying little baby voice, even an 8-year old girl would be driven to stuff him into her Hello Kitty backpack with a pile of rocks and hurl him into the nearest river.

If you liked the battle system in Final Fantasy XIII (which I did) then you’ll be happy to hear that this, too, is largely unchanged. The flow of battle is still controlled by switching between “paradigms” (pre-set combinations of character roles), with individual actions handled largely handled automatically. Thus, instead of controlling each party member directly as in most RPGs, the player acts as more of a conductor, leading the characters through the tempo and key changes of each battle. The primary difference in FFXII-2’s battle system is that the third party spot is now filled with a set of monsters, chosen from your private collection. Despite the fact that collecting monsters is to RPGs what “Freebird” is to cover bands, this change does have the favorable effect of altering the paradigm strategy a bit, as each monster has a fixed role and thus not every paradigm combination is available.

One of the reasons I like the paradigm concept (or perhaps we should call it the “paradigm paradigm”) is that it allows for fast-paced and highly aggressive battles. Most encounters only last tens of seconds, and even boss fights may last only a few minutes. It definitely encourages one to pay attention, since even spending a few too many seconds in the wrong paradigm can leave your party in ruin. Fortunately, it’s always possible to retry a battle, an option which I exercised on more than one occasion. Also, note that although AI-controlled combat is traditionally problematic, it is less of a issue here, since consumable items must be manually used, there’s no magic points, and the characters’ health is fully restored after each battle… so even exercising the poorest possible judgement, there’s little in the way of lasting damage that a rogue AI can do.

Final Fantasy XIII-2 does a respectable job trying to take the reins from one of the worst outings in the Final Fantasy canon. While not outstanding by any stretch of the imagination, given its raw material, perhaps it’s as good as it could possibly be.

For those of you who are interested, below is my “rating versus hours of gameplay graph” for Final Fantasy XIII-2, which I talk about more in this post.