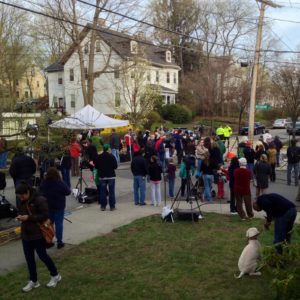 Earlier this month, we celebrated what turned out to be the most tragic Patriot’s Day in the history of the Commonwealth (except for, perhaps, the the original one). Then, eleven days ago, my quiet street here in Watertown was transformed into the closest thing I’d ever experienced to a war zone. By this past weekend, the last of the reporters had finally left my neighborhood, leaving me only a lawn full of cigarette butts and a faint, lingering aroma of broken dreams to remember them by.

Today, thanks to my wholly anemic capacity for emotional memory, I can barely remember what it felt like to huddle with my children on the floor of my own home, while about 100 feet away scores of police opened fire on violent mass murderer. So, before I can forget anything else, I thought it would be a good opportunity to have one more discussion about these events, with the intent of returning thereafter to the serious business of playing and writing about video games.

In July of last year, I wrote an uncharacteristically serious post discussing reactions to the mass shooting in Aurora, Colorado. My basic premise—one with which I still agree—was that the media should temper their enthusiasm with the understanding that most of them don’t have the slightest clue what they’re talking about. Originally, my thinking was that without first-hand experience with these kinds of rare, extreme events, there’s no way to have the kind of perspective necessary to develop reasonable opinions about them.

The difference now is that I find myself in the completely unexpected position of actually having some limited first-hand experience in a crisis like this, but it seems to have made it even more difficult to gain perspective than before. On one hand, what we endured seemed pretty significant. Some of my neighbors still appear quite rattled, and I’ve noticed that my own sleep isn’t as restful as it used to be (which actually wasn’t all that restful to begin with). Whenever my wife and I hear a siren we jump a little, and it’s impossible to walk by a garbage can or someone wearing a backpack without casting a critical glance to assess any potential threats.

On the other hand, since the attacks there’s been an earthquake in China and an utterly horrific factory collapse in Bangladesh, not to mention a few hundred run-of-the-mill homicides (just in the United States alone). And while my family and I escaped this month’s ordeals with our health and our lives, many of the survivors of the original bombings are either still in the hospital or have returned home to face a lifetime of struggle as amputees. In this context, a day locked in our house followed by a brief, one-sided shootout down the street doesn’t sound like very much of an ordeal at all.

At one point, someone asked me whether I thought the people who were injured or killed in the bombing and subsequent events were “heroes”. I continued to ponder this question as I spent time in and around the city over the past week—catching a Red Sox game at Fenway Park, attending the Boston Independent Film Festival, going out to restaurants and pubs with friends and family, and running on the bike paths along the river. Seeing the crowds at these places and events, I realized that there is some measure of heroism in all of us, just for choosing to belong and to participate in this society. It takes a certain amount of courage to care about this city, to invest our wealth, time, and spirit in it, to participate in its events and to live and work with our fellow citizens. It takes a lot of willpower to run a marathon, but it also takes some to go and cheer someone else for running one. It takes courage to try to create something valuable in a world where there are a handful of people who wish only to destroy it. 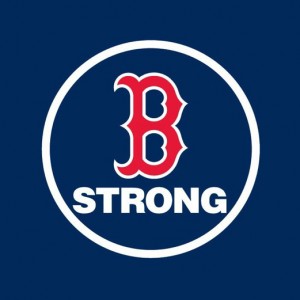 Outside of the greater Boston area, people are going to continue to do what the onlookers always do when these things happen. Senators and representatives will continue to attempt to bend these events to suit their political agendas. Pundits will continue to point fingers and make unsubstantiated accusations of culpability. Many generous folks will donate their time and money to the victims, perhaps because they themselves once endured something like this, or perhaps because they hope they never have to. Here in Boston, though, the most important thing we can do is what we were doing before April 15, and exactly what we’ve been doing since: keep building and growing our city, keep participating in its events, keep taking care of each other, and most importantly, keep on staying “Boston Strong”.