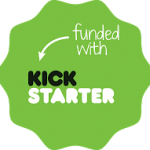 Earlier this month, I decided that if I wanted to keep calling myself a “fan of indie games”, it was finally time to join the cause and throw some money down on Kickstarter. Of the 100 bucks I promised to cough up, half went to the four projects I talked about in my last post. In case you’re curious how they’re doing, two got funded (Stonehearth and A.N.N.E), one is looking fairly troubled with about $40K and six days left to go (Clandestine: Anomaly) and one was outright cancelled (Ray’s the Dead), though it sounds like the campaign was terminated because the devs struck a deal with a publisher.

But enough about the past… I’ve still got a crisp General Grant in my pocket, which left unoccupied is liable to be spent on exotic skin creams to deal with these terrible crows’ feet I’m developing. (I’m kidding, of course—there’s really no practical way to use paper money to buy anything on the World Wide Web.)

Anyway, here are the rest of the games I chose to fund…

With all the 3-D models, rendering software, and motion capture we have today, animating most modern games is as much computer science and engineering as it is art. While these techniques have enabled the creation of many incredible characters and environments, there’s a certain kind of visual magic that can only be achieved by more traditional approaches to animation. In fact, two of my favorite games last year were Dust: An Elysian Tail and Mark of the Ninja, in part because of their stunning, hand-drawn art styles.

One of the first games whose art really amazed me was Earthworm Jim for the SNES. That’s why I was thrilled when I saw that the creators of Earthworm Jim were pitching a claymation adventure game called Armikrog, a spiritual successor their 1996 project The Neverhood. Take a look at this video and I hope you’ll agree that this game NEEDS to exist. My only concern is that they don’t talk much about gameplay, but given how amazing it looks so far—along with the great voice cast—I’m willing to take the chance. Funded.

I never played Spider Man 2 for the PS2, but I’ve heard a lot of folks proclaim it one of the best superhero games ever made, in particular because of its innovative web-swinging mechanic. Led by Jamie Fristrom (one of the original creators of Spiderman 2), the goal of Energy Hook is to expand this core gameplay component into a full Tony-Hawk-style trick-based game, which sounds pretty bad-ass.

As a side note, the project’s funding goal of $1 has already been met, so even if the game isn’t guaranteed to exist someday, at least I can rest assured that Mr. Fristrom will be taking my money either way.

To be honest, I’m not sure how I feel about this one. Though time and again Double Fine has proven themselves reliable craftsmen of high-quality gaming experiences, they’re hardly “indie” anymore, and I’m not convinced that funding a studio with their level of power and resources is what Kickstarter should be about. Also, I’m a little uneasy about them going back to the well again so soon, considering that “Double Fine Adventure” (a.k.a. Broken Age) isn’t even released yet. Their tongue-in-cheek, groaningly self-aware pitch video does little to mollify me, especially because it so quickly devolves into indulgent gags and inside jokes, with little to show in terms of art or concepts.

On the other hand, we are talking about Double Fine making a fantasy-themed turn-based strategy game “inspired by classic tactical games like XCOM, Final Fantasy Tactics, and Fire Emblem“, which means that even if Tim Schafer broke into my house tomorrow and had sex with my cat, I would probably still buy MASSIVE CHALICE. So, I might as well swallow my pride and just pony up the cash now. Also, I feel like I should hide my cat somewhere.

And that gets us to our total of $100! It’s a little strange spending so much money on a collection of promises and vague ideas, and since some of these games won’t be available for a year or more, I wonder if I’ll even remember that I backed them to begin with. However, there’s also something empowering about having a direct voice in what game ideas get funded, and I suppose anything that helps steer video gaming away from becoming the non-stop Call-of-Duty/Madden channel is a worthy investment.

A final note: sadly, the Kickstarter for WIRL: The Online Virtual Woodcar Racing League isn’t going very well, currently having achieved less than 2% of its $15K goal. If you love racing homemade gravity-powered wooden cars but inexplicably hate constructing or handling them in any way in real life, consider helping make WIRL a reality.