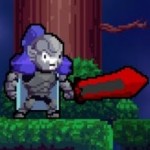 Summers here in New England are a frantic time, wherein we attempt to compress 12 months of outdoor fun into 3  months of nice weather. (And of course by “nice” I mean, “oscillating between frigid, torrential rain and humid, 100+ degree heat”.) I’ve never been to Old England, but I can only assume the weather there resembles that of a post-apocalyptic hellscape, because anything less and the British colonials never would have chosen to stay on this side of the Atlantic.

Amidst all the running, hiking, traveling, camping, drinking, working, and occasional parenting, I’ve hardly had any time to write about video games. Nevertheless, I did manage to play video games, because for some mysterious reason there’s always enough time for that. Here are a few of my favorites from this summer. You’ll notice most of them are PC games—summer console releases are sparse even when these systems aren’t gasping their last breaths, so unless you’re interested in playing an atrocity like Smurfs 2, let’s hope you dropped some cash on the Steam summer sale.

Puzzle-platformers have been the clichéd workhorse of the indie games scene for a long time. They’re like zombie movies, vampire novels, or ska bands in the 90’s, except that unlike those other things I’m not completely sick of them. Even in a saturated subgenre, every once in a while something comes along that treads the same tired old ground in a bold new way—like Facepalm Games’ The Swapper.

How come whenever a bunch of scientists are stranded on a remote space station, they never leave some lights on before they all die mysteriously?

Gameplay in The Swapper consists almost entirely of solving puzzles with clones. Right clicking creates a clone that will mimic your movements, while left clicking swaps your consciousness into it. Any of these magical meatbags are expendable, except of course for the one that happens to hold your soul at any given moment. From time to time, colored lights will block your ability to clone, swap, or sometimes both.

Upon this humble foundation The Swapper builds devious puzzles that are intensely rewarding (if you can manage to solve them, that is). However, what makes this game really special is its striking aesthetic. Lovingly rendered via hand-sculpted clay characters and found objects, The Swapper gives you the strange sensation that you’re watching a diorama of some secret, alien world, while also creating an experience so richly layered that you feel like you’re inhabiting that same world yourself. It’s a tiny bit like an out-of-body experience, which I suppose is entirely appropriate for a game that lets you shoot your consciousness out of a space rifle.

One of my favorite things about great indie titles is the way they distill gameplay into its simplest, purest form. Instead of attempting to create a massively complex and highly realistic environment like the entire province of Skyrim, a well-made indie game establishes a minimal system of rules that are cleverly balanced to evoke a wide variety of scenarios.

In “crosslink mode”, you can attach any two devices on the same color circuit together. It’s like one of those high-tech home control systems, except instead of your iPhone turning on your thermostat, your microwave fires your shotgun.

Gunpoint—a stealth puzzle game developed by Tom Francis—builds incredibly complex gameplay out of a stunningly simple set of rules. You play as a high-tech hacker/thief that can wire pretty much anything to anything else. For example, connect this switch to that light, and suddenly a security guard two floors up finds himself wandering around in the dark. Now, connect that switch to this door over here, and our confused friend from upstairs won’t even know he just inadvertently opened the vault door in the basement, while off you run with as many company secrets you can stuff in your trenchcoat.

Gunpoint is a short offering, but its missions are fun, challenging, and punctuated with hilarious, honest dialogue. If using the magic of science to wire firearms and elevators together in order to lock a guard in a closet and then make him accidentally electrocute himself sounds like a good time, then Gunpoint is a game for you.

I don’t often play iOS games… or more accurately, I don’t often admit to playing iOS games. However, I picked up Badland (a creation of Finnish two-man development team Johannes Vuorinen and Juhana Myllys) as a free download during the five-year anniversary of Apple’s App Store, and it was so good I almost felt bad about not paying for it. 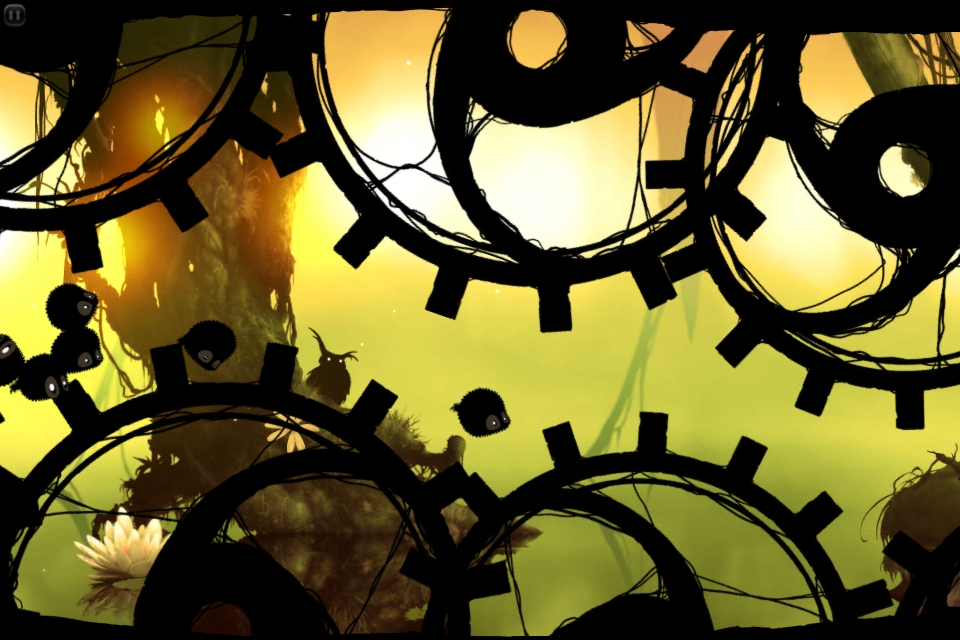 It’s tough being a, uh… whatever the hell that little guy is.

A theme of this blog post is the elegant simplicity of a good indie game, and on the surface you can’t get much simpler than Badland. You play as a—let’s call him a “bat”, I guess—whose only goals in life seem to be (1) fly to the right, and (2) not die. Control-wise, only thing you can do as the player is press the screen to flap. But even though everything in this game can be done with one finger (or really any fleshy appendage), the depth and complexity of the physics puzzles in Bandland is astonishing.

Through power-ups that change your size or speed, make you stick to or bounce off obstacles, or even spawn clones of yourself, Badland lets you shepherd your brave little bat through a hostile land littered with disused yet deadly contraptions. It has some of the best use of physics I’ve ever seen in an iOS game, even when compared to blockbusters like Angry Birds and Where’s My Water. I love its high-contrast visual style, with shadows of sinister mechanical traps set against tranquil natural environments, with alien critters watching impassively as you get beaten, crushed, buzzsawed, and exploded. In short, Badland is one of the best iOS games out there. Hey, it’s even worth paying for.

A few years ago most people had never even heard of “roguelike” game elements, but these days they seem to be an ingredient in just about everything—essentially, they’re the chipotlé pepper of game design. After all, what could be a better way to escape the uncertain and challenging times we live in than by playing a game with randomly generated dungeons, punishingly difficult gameplay, and permanent character death?

Rogue Legacy from Toronto’s Cellar Door Games is a Ghosts ‘n Goblins style action game with roguelike and RPG elements. However, rather than subjecting you to the cruel sting of traditional permadeath, Rogue Legacy eases the pain a bit by allowing your descendants to carry on your quest. Although they will face respawned enemies and a different dungeon layout, your chosen heir can use any treasure accumulated in your last run to gain levels and unlock new classes, weapons, and abilities.

However, there’s a catch. After each run, your child must be chosen from a set of three random characters, and unfortunately years of inbreeding seem to have left your bloodline with some odd genetic quirks. For instance, your next character might be born with an eidetic memory (allowing you to always see all enemies on the mini map), or have coprolalia (compulsive swearing), or suffer from vertigo (the screen displays upside down, so, uh… just kill yourself for this one). The resulting gameplay is fun, fast-paced, and very well balanced, and the variation in characters, enemies, and dungeon layouts forces you to constantly adapt your play. It’s the kind of game you can enjoy for 15 minutes at a time, although it’s so addicting you’ll probably end up playing at least a dozen of those 15-minute sessions in a single sitting.

While those certainly aren’t the only games I played in the past two months, they were certainly my favorites. Now if you’ll excuse me, I should be going—it’s already August, which means there’s only about one month left to complain about New England summer weather, before it’s time to start complaining the about New England winter.