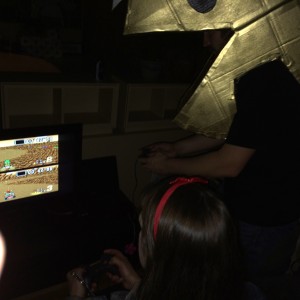 As many of you know, this past Saturday I participated in the Extra Life charity gaming marathon. I wanted to take this opportunity to extend my deepest gratitude to everyone who joined with me to support the Children’s Miracle Network Hospitals.

Together, we raised over 2,000 for Boston Children’s Hospital, with at least another $500 in corporate matching donations on the way! Moreover, we were part of a record year for the Extra Life charity nationwide, with over 40,000 gamers participating, and nearly $4 million dollars raised for children’s hospitals across the country! (All despite repeated DDoS attacks on the Extra Life site during the event, a heinous act of villainy of which we shall speak no more.)

Whereas last year I was firmly planted in front of my Xbox at home for 24 hours playing Dishonored, this year Extra Life took me to new and unexpected places. It all started at 8:00 AM on Saturday in Fenway, with my son and I aimlessly wandering through the victory parade for our World Series Champion Red Sox with our heads buried in my Nintendo 3DS. 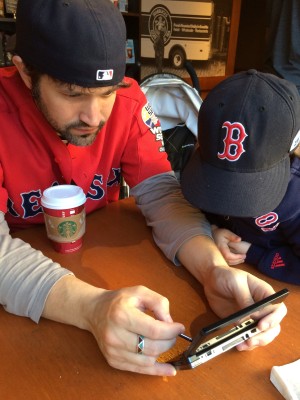 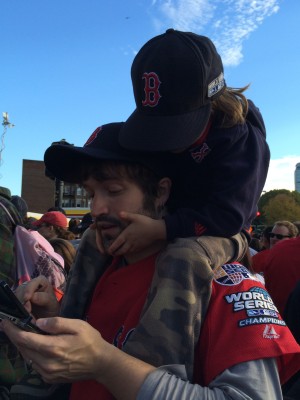 After returning home for most of the day to livestream The Witcher 2: Assassins of Kings (which I definitely did not play with my son, what with all the king assassinating), I once again ventured out on a quest to bring my charity video gaming to the masses. Saturday night I attended a belated Halloween mash-up party as “TuPac-Man”, spending the night encouraging the revelers to play classic SNES games with me. After all, it’s not really a charity event until “Michael Jackson Pollock” beats “Snow Whitey Bulger” at Super Mario Kart.

In retrospect, even though I had a great time and snagged a few extra donations, I definitely made two miscalculations. First, I grossly underestimated the extent to which staying out partying until 2:00 AM (actually 3:00 AM, because of Daylight Savings Time) would impair my ability to play video games for another 6 hours straight. Second, I did not anticipate the excessive cardiac strain that playing Amnesia: The Dark Descent (one of the most terrifying games ever made) would place on a body already pumped full of Red Bull.

At any rate, I made it through the full 25 hours, even if I did have to spend the last 45 minutes lying in bed feebly trying to play The Legend of Zelda: Spirit Tracks on my 3DS, while my son gently smacked me in the face whenever I dozed off with stylus in hand.

Most importantly, we made great strides in helping a worthy organization that achieves wonderful things for our community, and we had fun doing it. (Well, not the Amnesia part. I wouldn’t call that “fun”.) Thanks again to everyone who offered their support for making this another great year of Extra Life!

Forget to donate? Fear not! Extra Life is accepting donations through the end of the year! Just click on this link or my fundraising widget.