8:30 AM – This year will be my third PAX East, making me a fully-fledged PAX veteran. And like a veteran, I’m eschewing the complimentary PAX swag bag (and the 2-hour wait that comes with it) and shooting to be on the expo floor a half-hour after it opens.

10:30 AM – After an hour on public transportation (bemused, as in years past, by the sight of cosplayers riding along with the normal MBTA daily mix of depressed commuters and subway station vagrants), my friend and I arrive at Boston Convention & Expo Center. PAX East 2014 has begun. 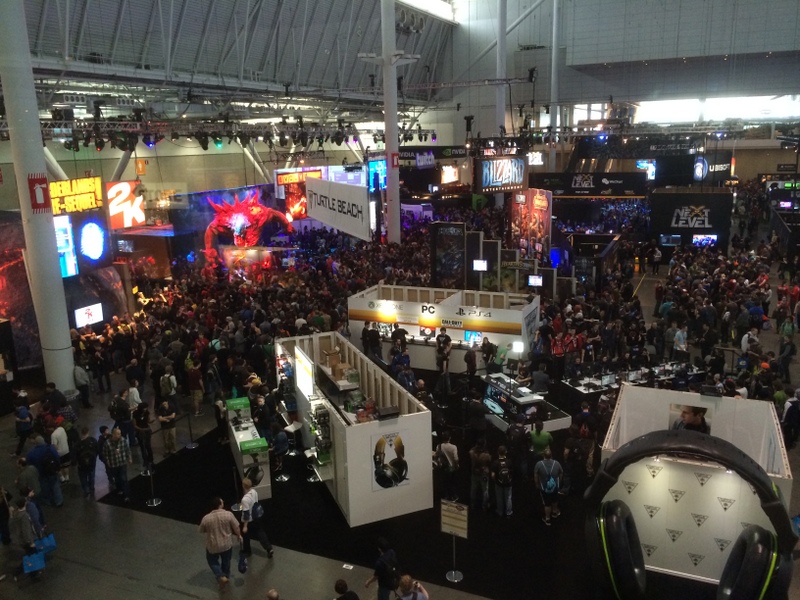 The expo floor feels like Times Square + Las Vegas + half of downtown Tokyo shoved into a really big gymnasium.

11:30 AM – We had just enough time before our first panel to cruise through the expo floor, and I naturally headed straight to the indie games. My first stop was Disco Dodgeball (82 Apps), a game that combines three great things: robots, head-thumping electronic music, and an opportunity to actually be somewhat good at the sport that was the bane of my high-school gym class existence.

1:00 PM – Attended the “I’ll Show You Mine If You Show Me Yours, Again!” panel featuring Dave Bisceglia (The Tab Lab), Eitan Glinert (Fire Hose Games), Matt Boch (Harmonix), Rami Ismail (Vlambeer), and Zoe Quinn (creator of Depression Quest). These brave developers offered some tough-love advice about getting started in game developent, as well as sharing with us some of the first games they created—early works that included such classics as Immune Attack (an educational game about immunology) and an interactive game based on the 1968 performance art piece “Bruce Nauman’s Stamping in the Studio” (wherein the goal was to stamp in the studio more times than Bruce Nauman had stamped in the studio).

Stealth. Espionage. Turn-based tactical combat. These are a few of my favorite things.

1:45 PM – Expo Floor Round 2. We spent some more time cruising the indie circuit, getting the lay of the land and checking in on how some of my favorites from PAX East last year, Boston FIG, and Kickstarter have been coming along. Among other games, I played the latest versions of Swimsanity (Decoy Games’ 4-player underwater brawler), A.N.N.E (gamesbymo’s endearing homage to 16-bit shooters and Metroid-style games), and Counting Kingdom (an actually fun educational/math/tower-defense game by Little Worlds Interactive).

3:00 PM – I’m thrilled to see that one of my favorite studios, Klei (creators of Don’t Starve and Mark of the Ninja) is working on a new game. It’s called Invisible, Inc., and the demo played as an espionage/hacking game in the XCOM turn-based strategy style, prominently featuring their well-honed comic book art style. Hopes = high. 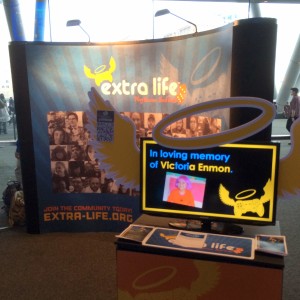 4:00 PM – After a brief sojourn to the nearby Harpoon Brewery, we returned to help man the Extra Life booth and recruit some new folks to this excellent cause. Last year’s Extra Life charity gaming marathon was a record showing, with over 40,000 gamers raising 4 million dollars for children’s hospitals across the country. I’m looking forward this October to us beating that record!

5:30 PM – That’s it for Day One! In the spirit of pacing myself this year, I’m opting for a nice dinner with friends and a reasonable bedtime. It’s going to be a long weekend.